This project commissioned by the municipality of Parma with the desire to redevelop a peripheral area has been tackled with great attention to the problems of the neighbourhood, of the citizens and of the commercial activities present.

The goal of creating a space that was not only used by shop customers, but that became a reference point for the population of the neighborhood and above all a place for socializing, directed the project towards the provision of a tree-lined square in the center of the two existing volumes, with references to the typology of the Italian square.

This large paved space will allow free movement of people and a greater relationship with the existing pedestrian and design paths, becoming the relationship center of the entire square.

The space of the square will be crossed by a covered path connecting the two existing volumes, thus allowing a sheltered connection between the shops in the square and emphasizing the perception of the longitudinal axis of crossing the area.

The play area for children

Piazzale Lubiana has been identified for years as the “locomotive site” thanks to the presence of the old steam engine placed in the middle of the greenery and which has become a destination for children and parents from all over the city.

With the disappearance of this great artifact for real safety problems, this place of imagination for children has been lost, replaced by games now present in all public gardens.

It has long been thought about the need to reintroduce artifacts that can replace the ancient locomotive in the imagination and also become a real game for children. In addition to being a possible playful element, this element could help revitalize the commercial activities present with a wider flow of visitors.

In the project a large area has been configured with the presence of various games also existing today in the square; however, the theme of a great fantastic figure that characterizes this area with his presence was introduced.

This figure is represented in the project tables as a large dragon lying down and ready to collect and protect the children of the park.

The analysis of the current paths, which unfold according to a purely formal game along some green pools that often do not however become a resting place for the users of the park, has led to identifying as a primary objective the delimitation of real areas that favor socialization and parking.

To this end, the use of large portal walls has been envisaged which delimit and identify various resting and crossing places.

These walls thanks to large openings, which welcome wooden seats, still allow you to perceive visually large spaces of the park without ever having the sense of closure but of simple limit of places. Over time, these walls will be able to accommodate side porches or pergolas for parking or for an indoor market.

Real “green walls” are those designed to shield the back of the shops, today certainly the most problematic part of the area characterized by the presence of various elements of degradation.

The “green walls” obtained with the presence of creepers on the walls, will become backdrops for the side parts of the square, hiding the loading areas of exclusive relevance of the shops.

The garden of the senses

On the opposite side of the play area, a large area has been designed for resting, relaxing or reading.

Small paved areas surrounded by greenery and with the presence of seats and tables have been planned in this area. One of the green areas can be planted with shrubs and essences for a garden of the senses characterized by the change of color and scents during the passing of the seasons.

A market for Piazzale Lubiana.

In the organization of the paved spaces, particular attention was paid to the need to introduce the market stalls inside the square, freeing up the side streets that will be able to return to have the function of parking for the trade.

The weekly market will be located along the longitudinal path that crosses the whole area and also divide into several places such as the central square or the open spaces defined by the walls.

This provision will favor the pedestrian relationship within the square and the visibility of the stalls which in some parts may be housed under covered structures. 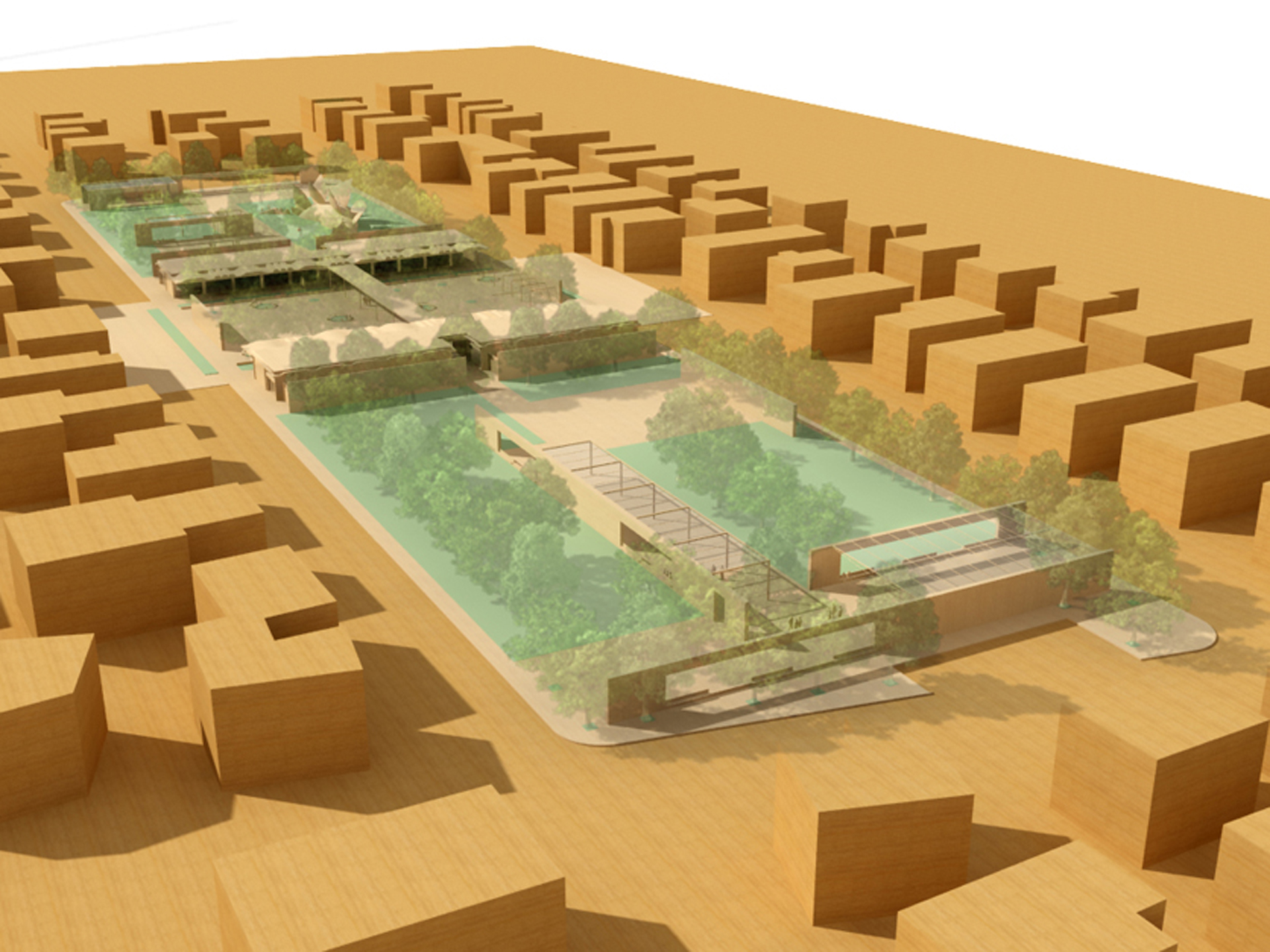 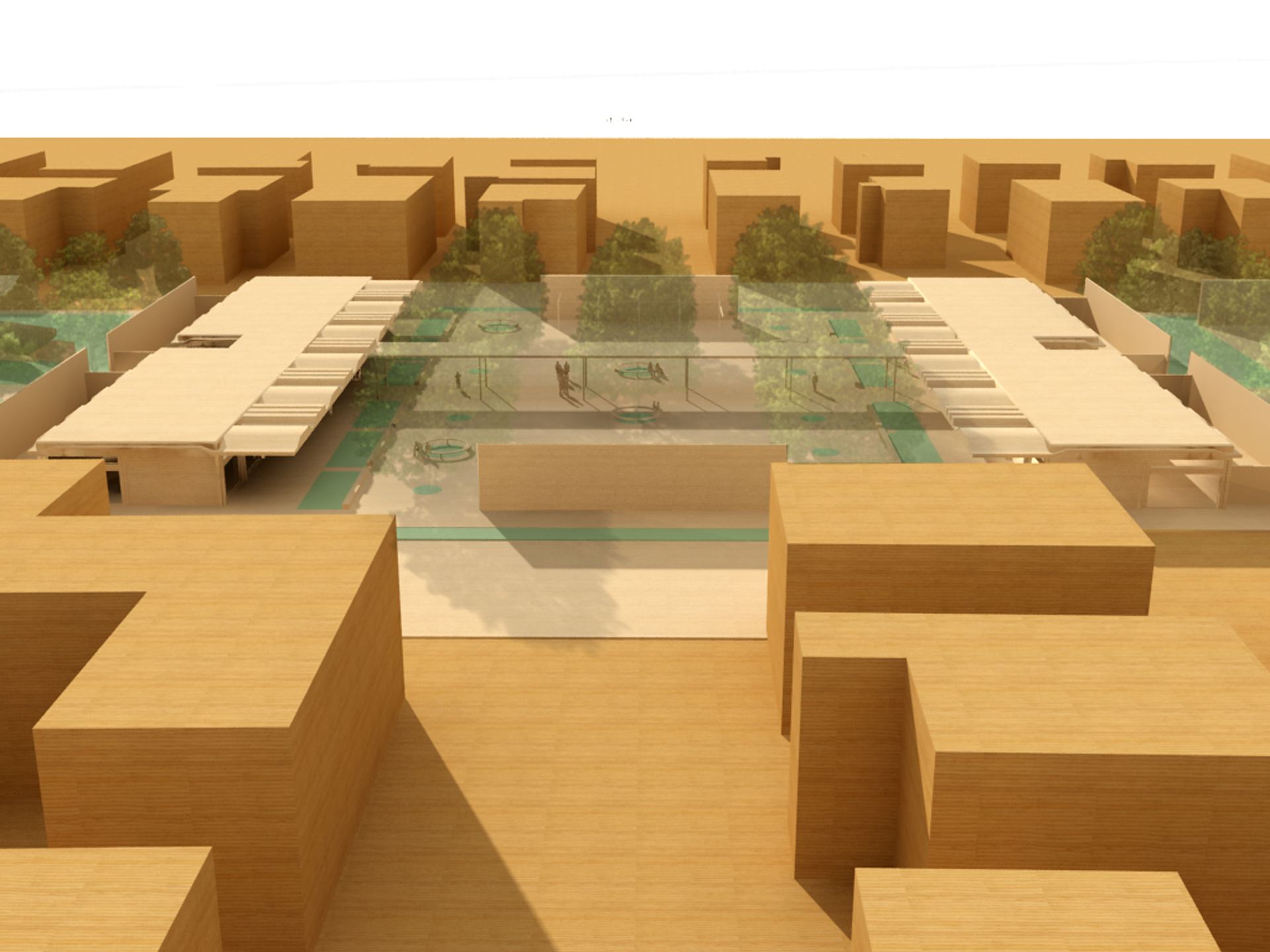 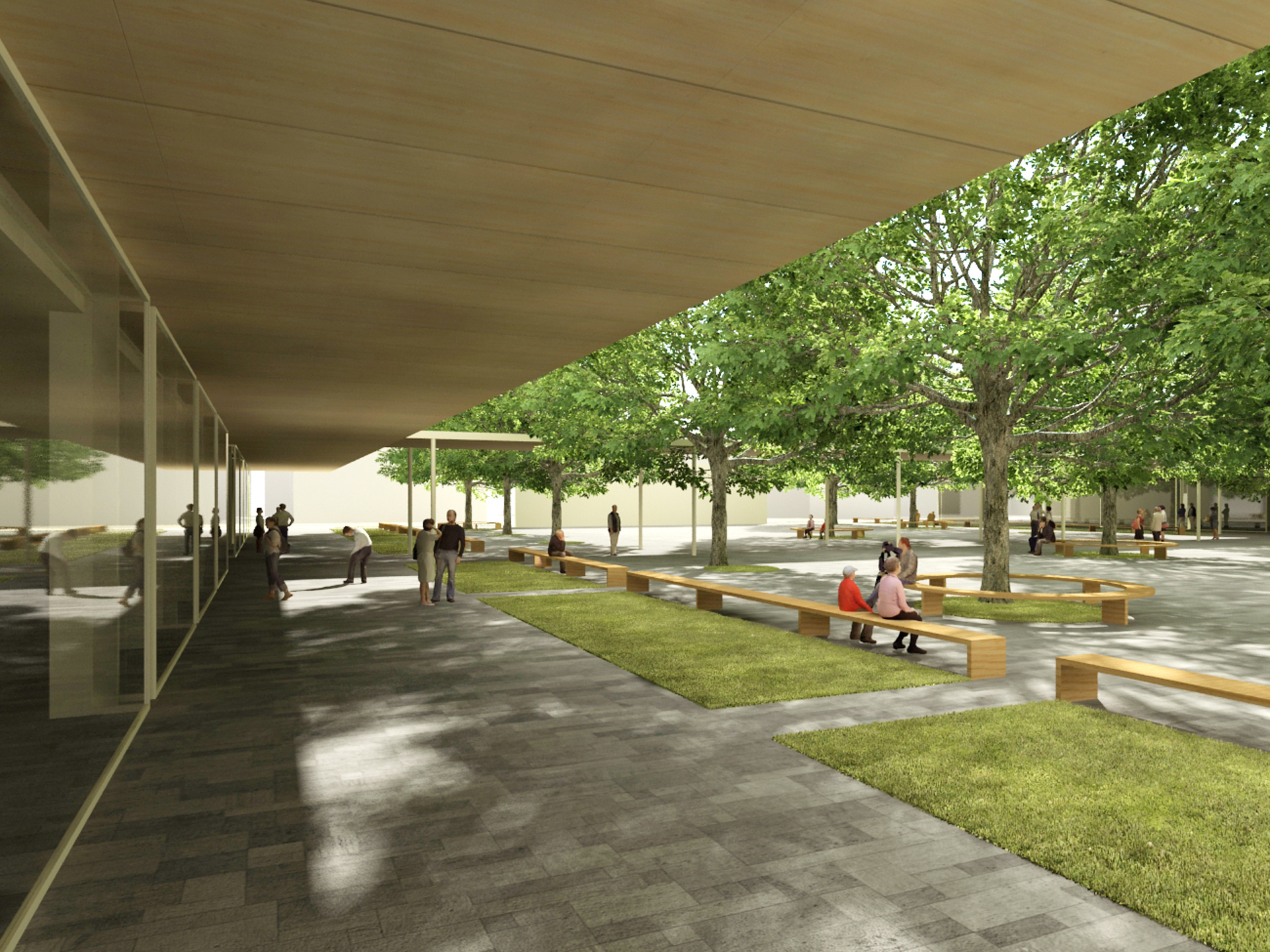 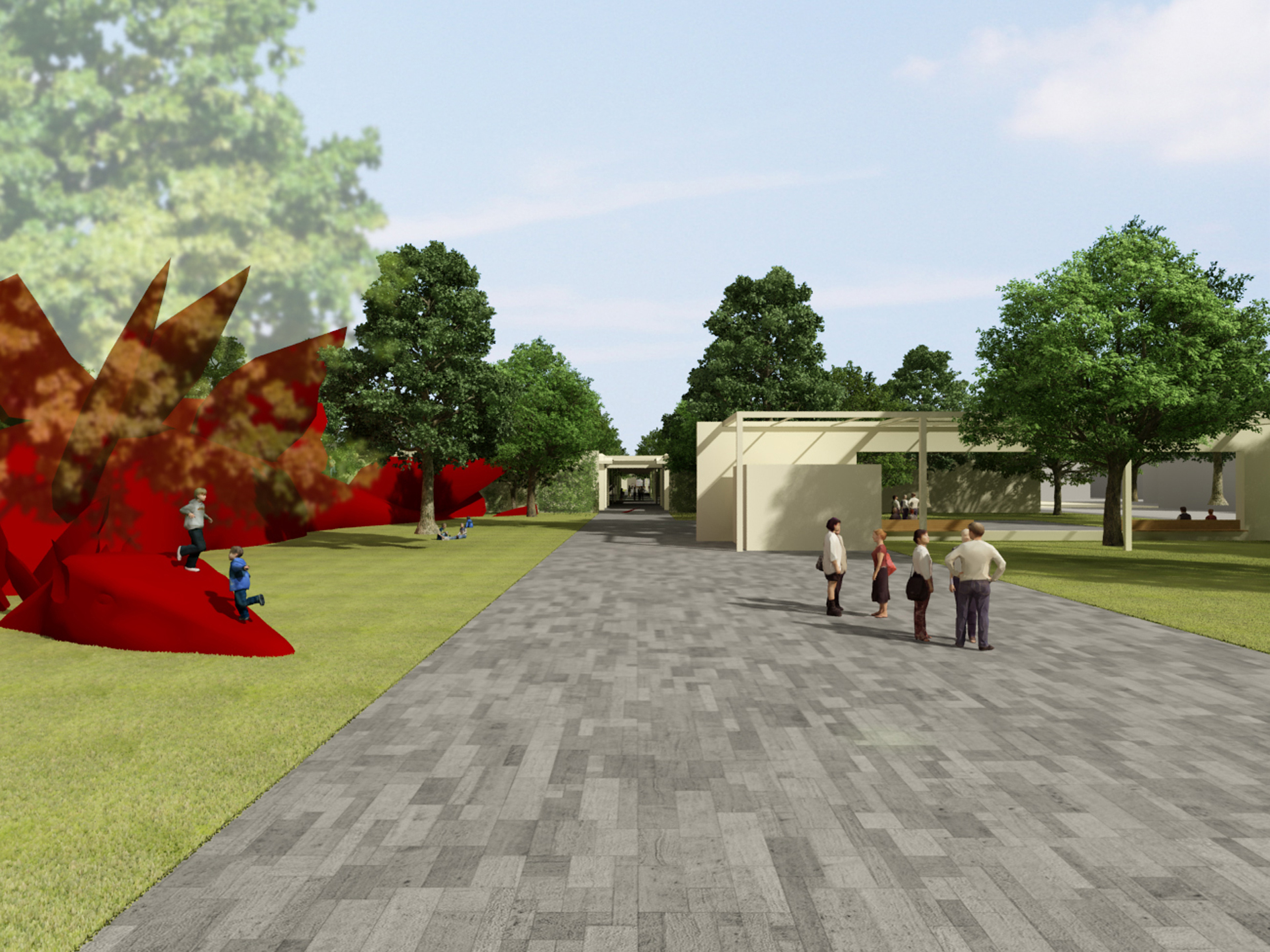 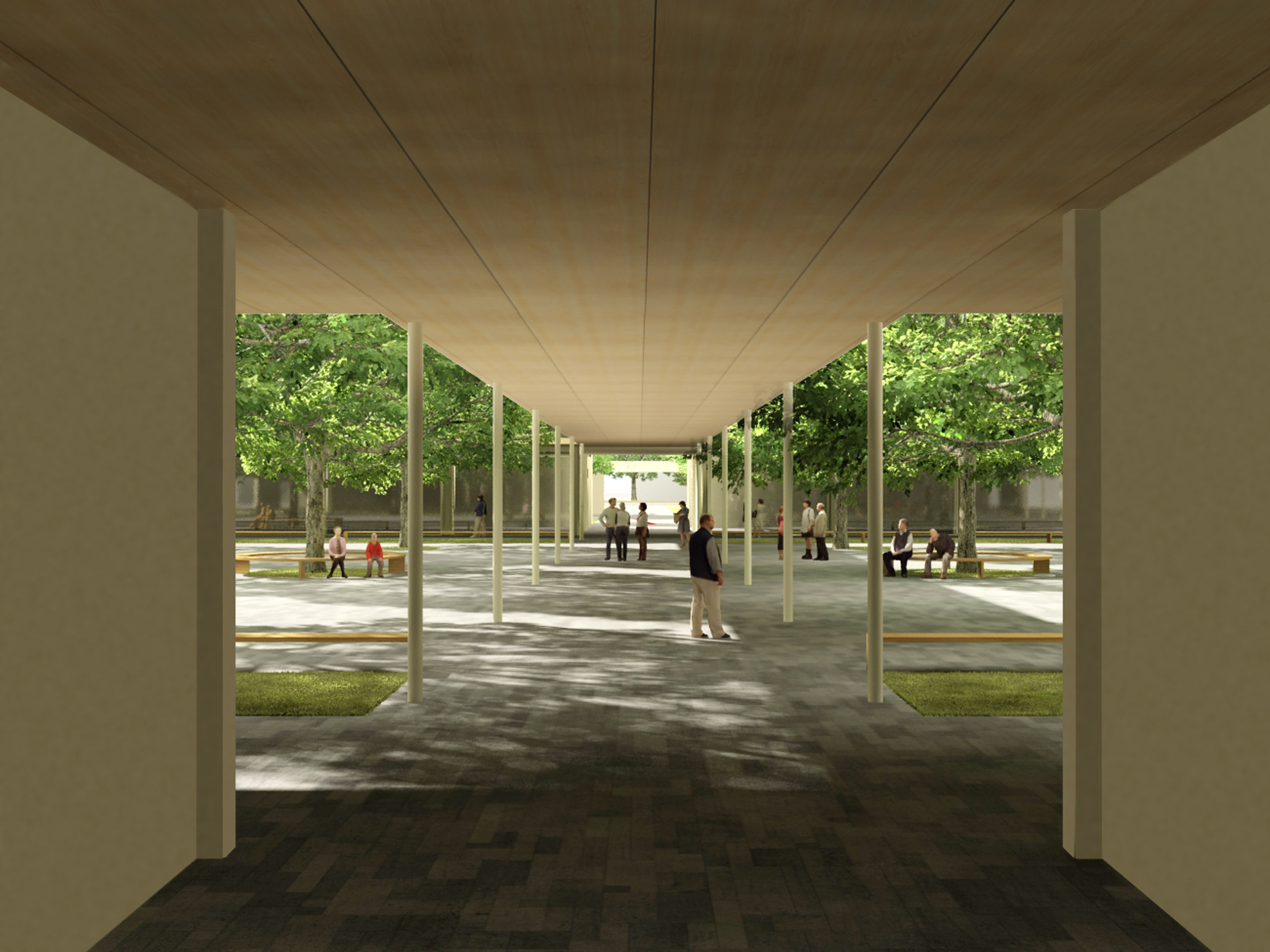 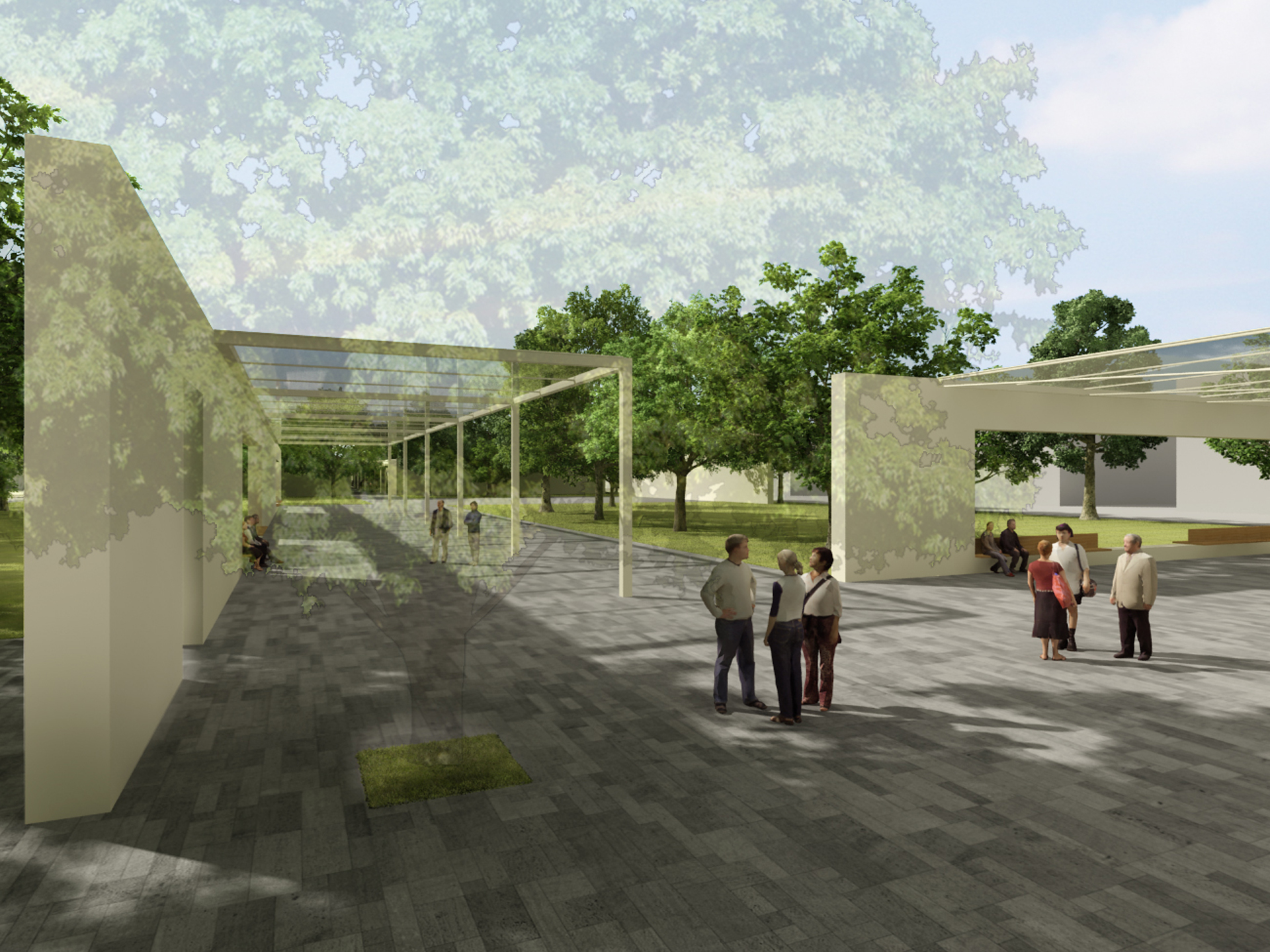