Type of intervention: recovery of the interior of the Felino Castle for museum spaces
Functional characteristics: exhibition areas with interactive panels and videos
Usable area:180 mq

The exhibition design was developed through some considerations: the first concerns the temporary nature of the display and therefore the need to have a ‘light’ set-up that is easily adaptable in another context and easily dismantled, given the narrow dimensions of the access.

The second consideration concerns the character of the rooms that host the exhibition, environments that are already engaging and interesting in themselves, which must be enhanced and not hidden by the set-up structures.

The next consideration concerns the type of objects to be exhibited: it is ‘poor’ objects borrowed from the peasant or pre-industrial world, often known because they were used until relatively recently.

Both to emphasize their ‘closeness’ and immediacy, and to make understanding more engaging and current, importance was given to the image. to be combined with objects, in order to make the nature and function of the object immediate to exposed. It was also planned to allocate the last room in the ancient tower to a video room: at the end of the exhibition, visitors can watch, on special wooden seats, the projection of a movie on a 50-inch plasma video that illustrates how the processing of salami has evolved. 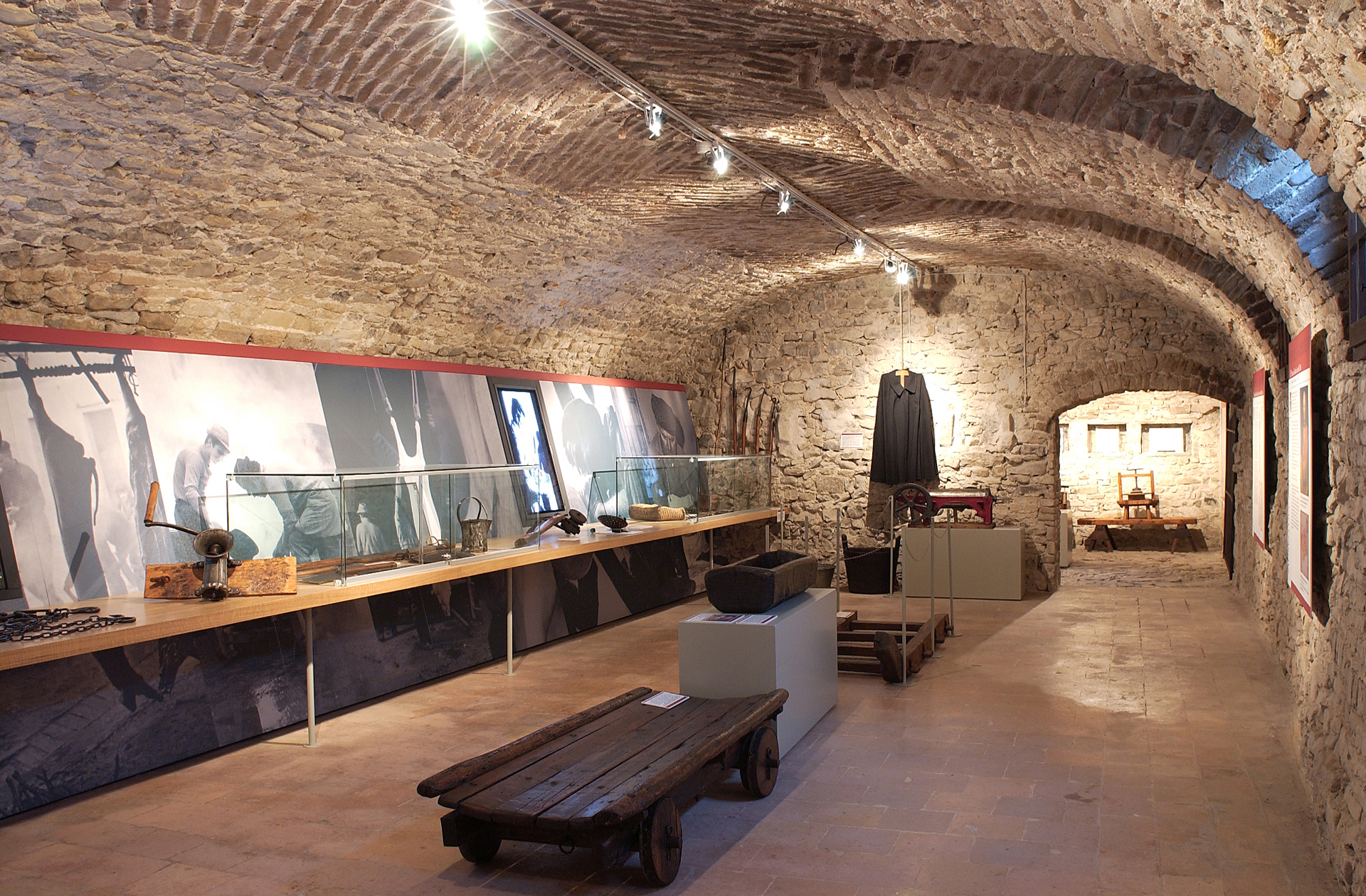 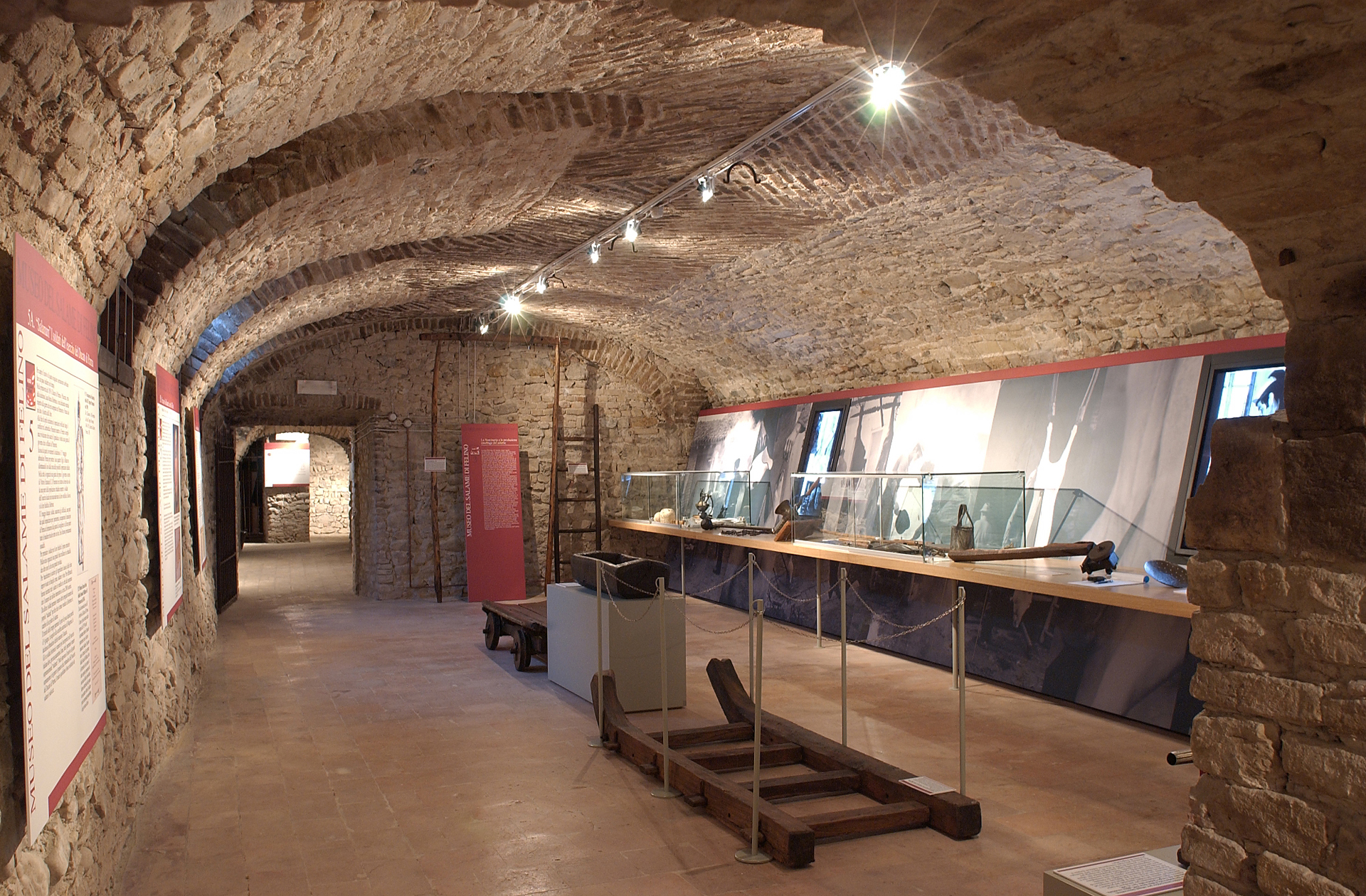 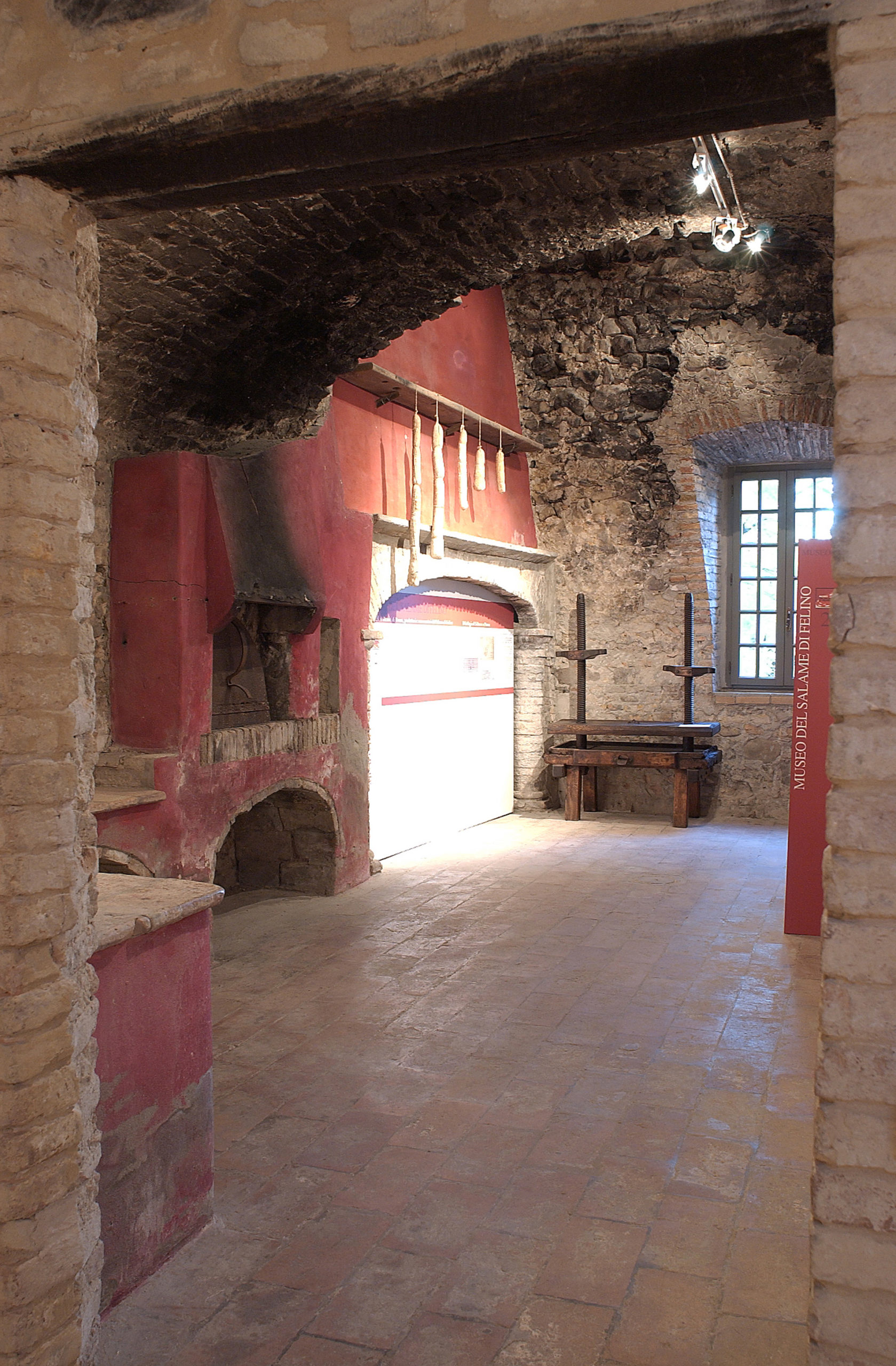