The settlement scheme of the new intervention is characterized by the simple arrangement of the volumes to form an open courtyard in continuity with the building structure of the historic centre.

The new building complex, oriented according to the original layout of the fields and a canal that is now underground, is made up of separate volumes connected by stairwells, to recall the typical articulation of the open courtyards of the historic centre.

In the south and east-facing buildings, the building volumes are characterized by spaces/filters between the interior of the housing and the exterior, it is a series of balconies with iron and wood structure hung by steel cables on a large concrete portal armed.

The north elevation facing some large condominium buildings is instead treated as a compact wall surface with the holes in the windows arranged at regular intervals. The wall structure of the volumes is built for the first two floors – intended for services – in reinforced concrete, while for the three floors above ground – occupied by the residences – with plastered thermolaterial blocks. The garages are completely underground and covered by a roof garden, which houses overlook. 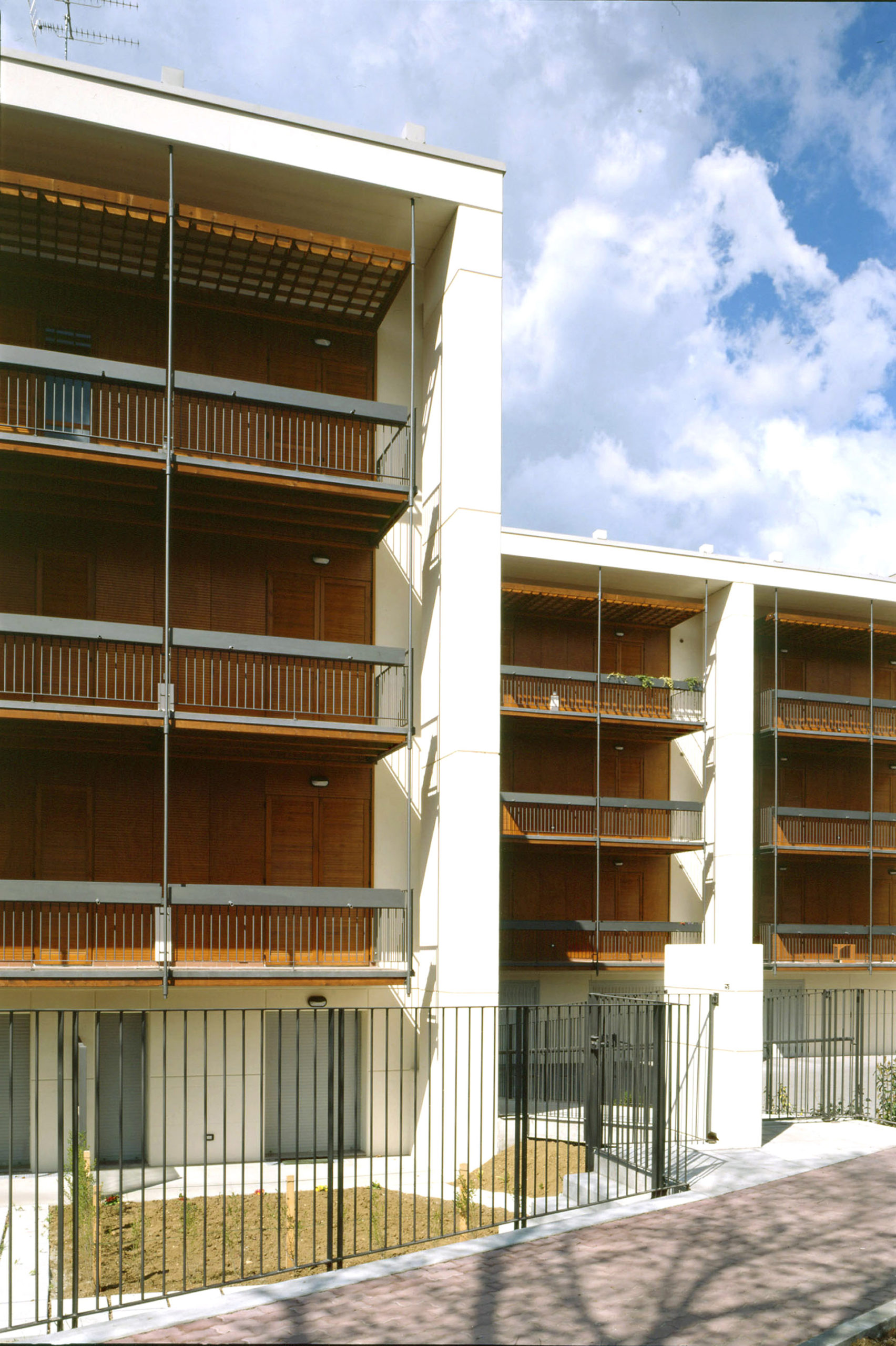 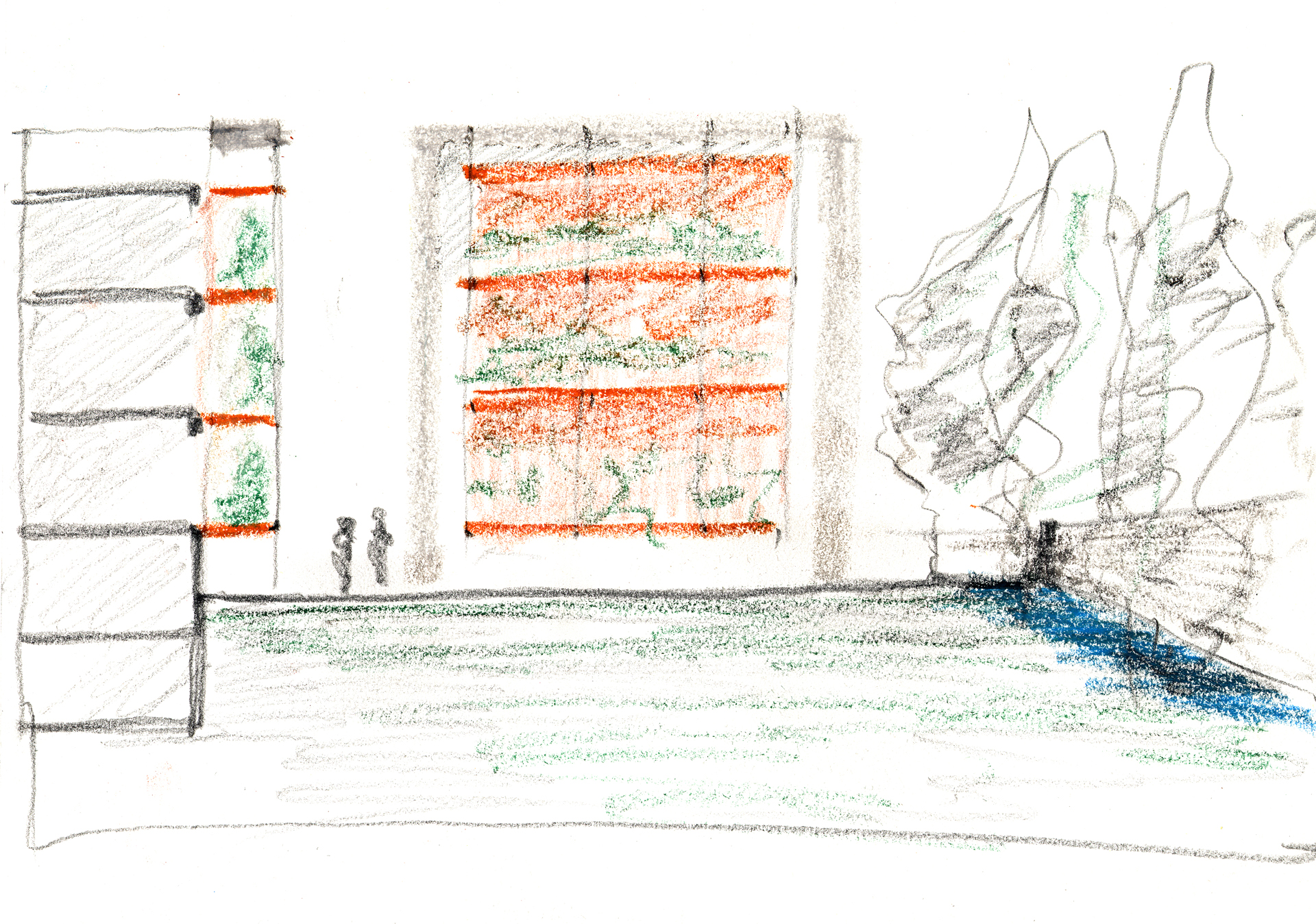 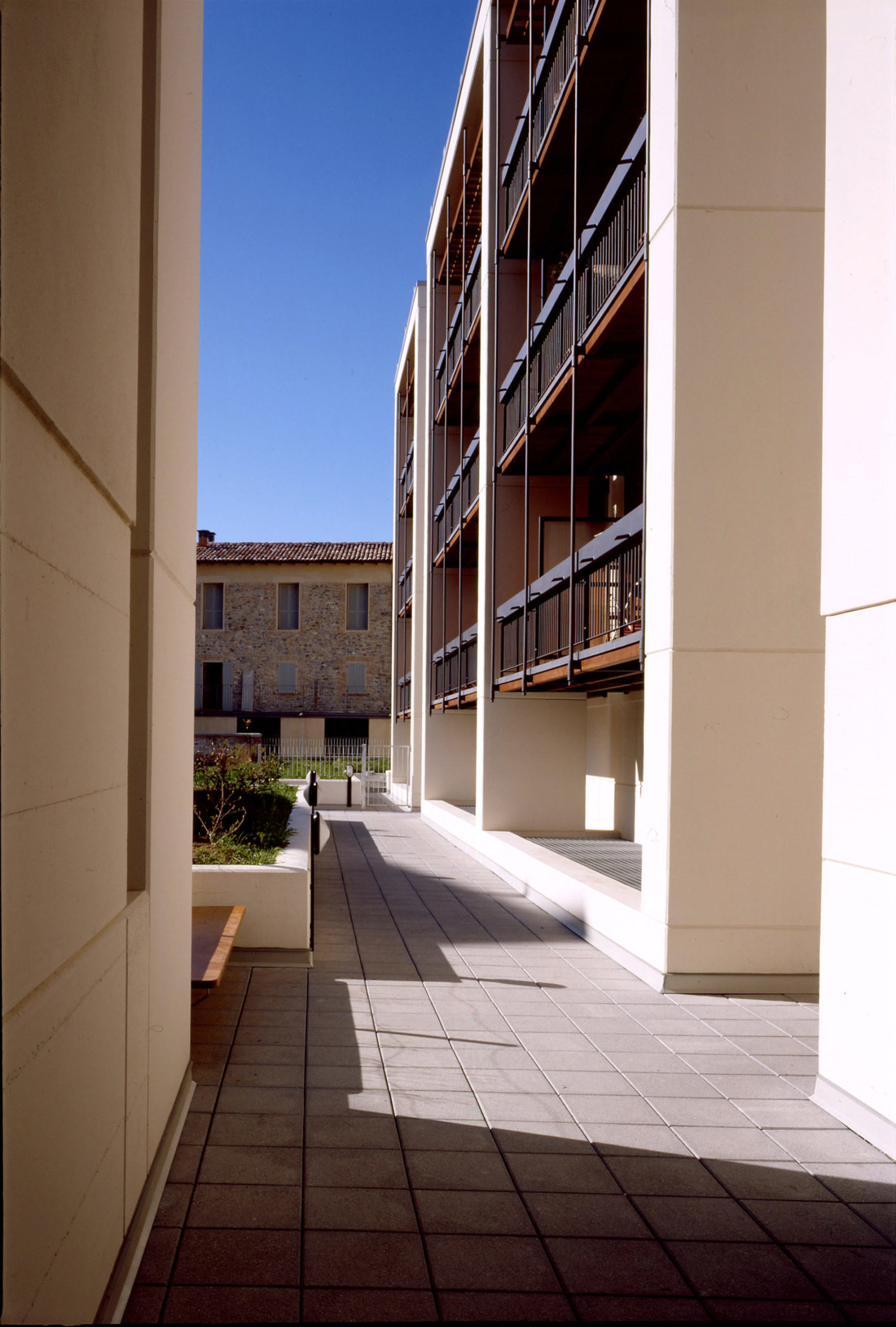 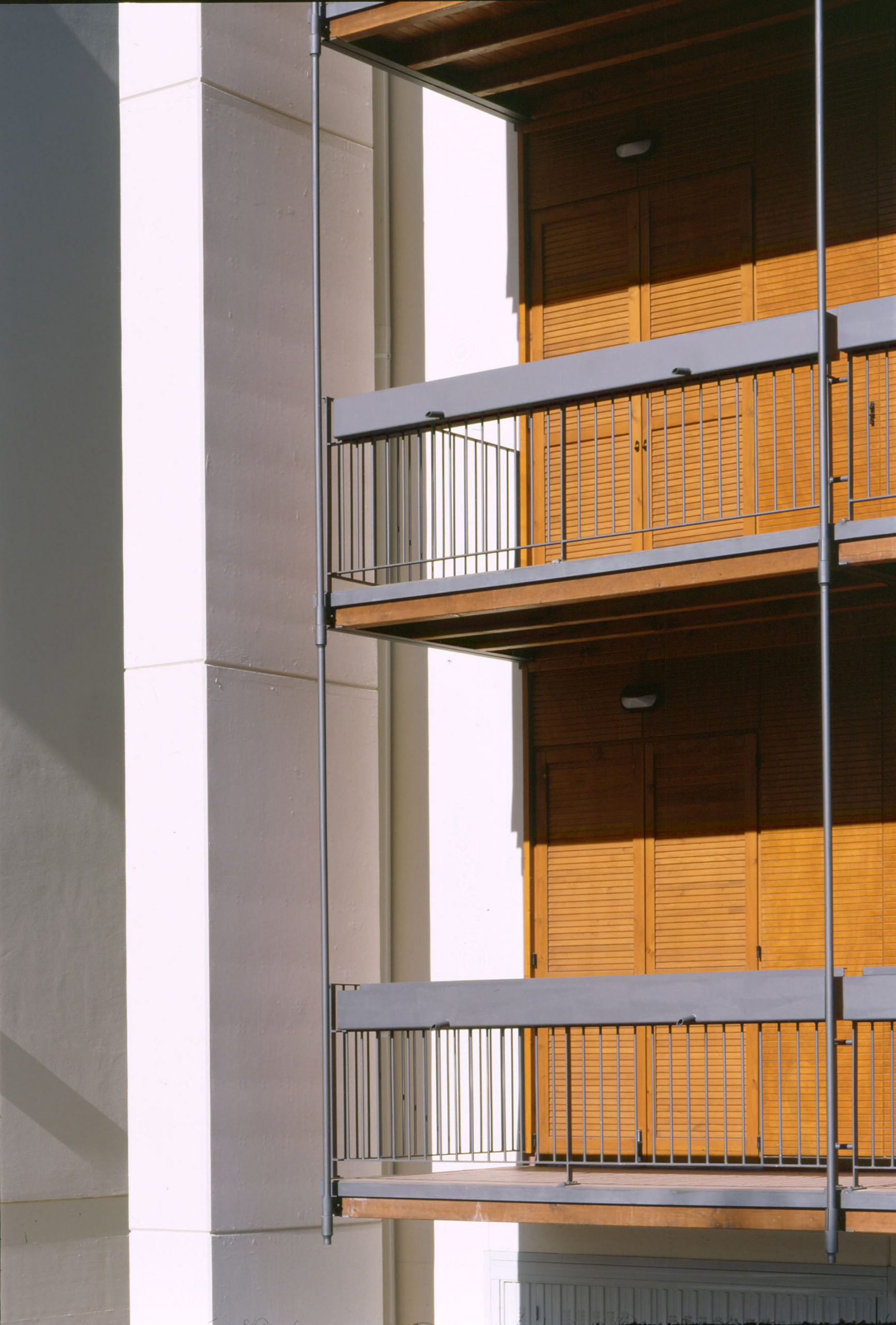 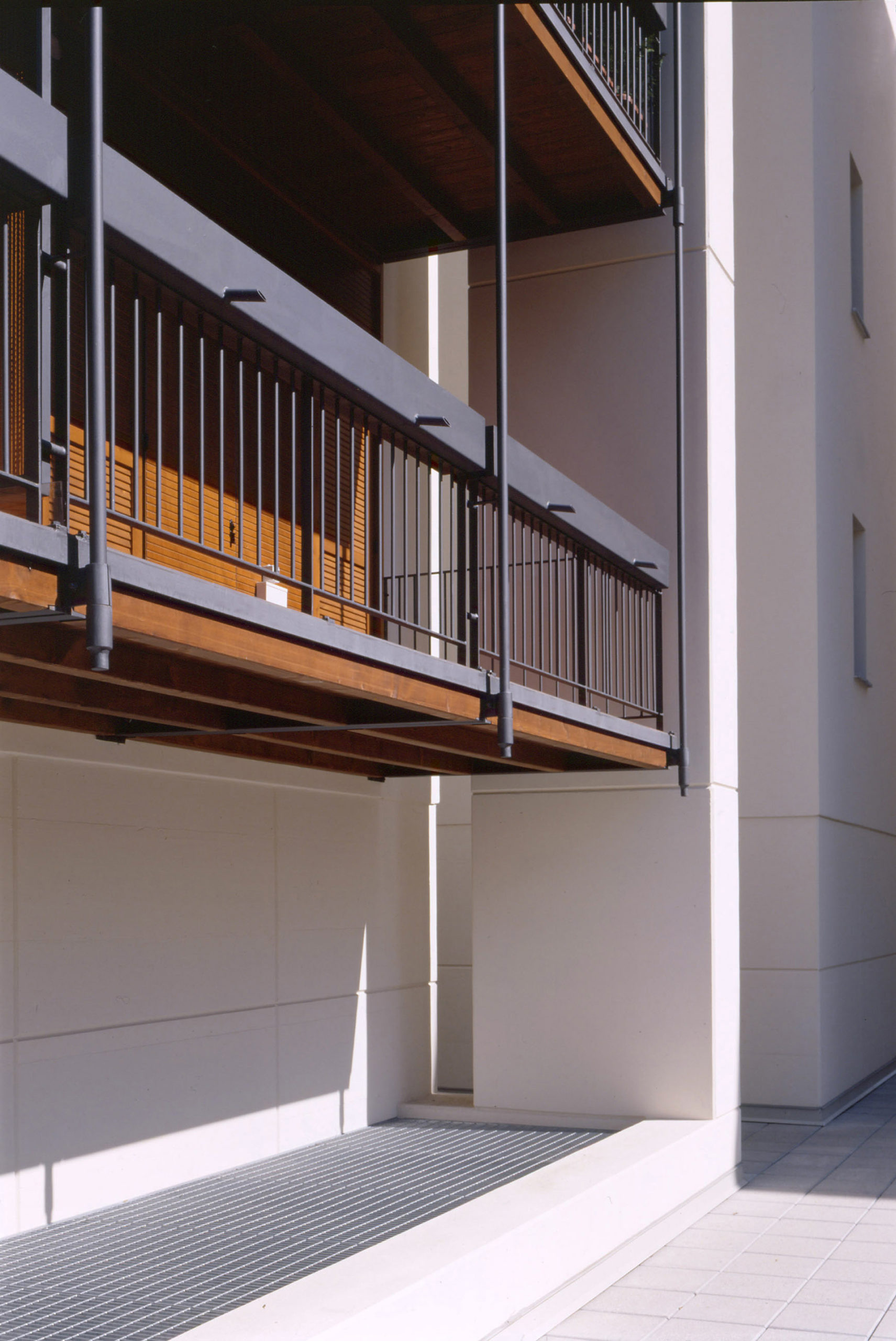