The project for the extension of the primary school derives from one of the hypothesis foreseen in the ‘Feasibility Study’ carried out in 2010 by the Studio Contini for the municipality of Sorbolo, a study concerning the situation of the existing school buildings and their possible future evolution.

The project foresees the construction of an extension of the existing primary school in order to reach 25 classes as well as an adequate number of laboratories and a new canteen of adequate size. The extension, as requested by the administration, is characterized by the possibility to be built in a short time and with a modest financial commitment.

The new wing has been placed along with the heads of the two buildings so as to close, both visually and functionally, the entire complex and delimit the courtyard between the canteen and the gymnasium to the north. On the upper floor, the classrooms have been obtained, in direct connection with the classrooms on the first floor of the existing school, while on the ground floor there is the space of the canteen and its services. The rooms where meals are taken on the ground floor have been conceived and designed so that they have large windows on the long sides to allow the view and give visual continuity to the two spaces of the inner courtyard on one side and the public park on the other. 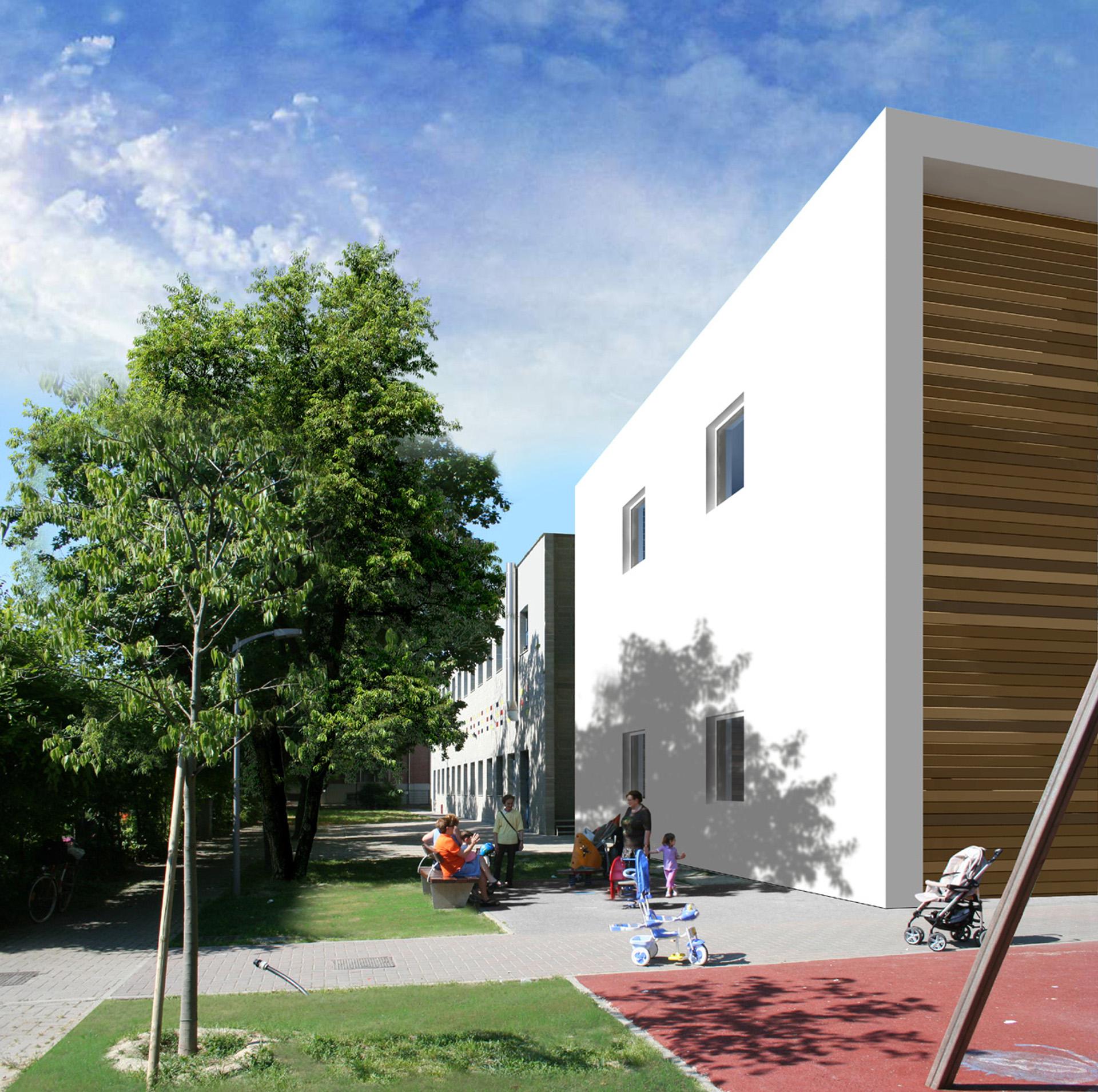 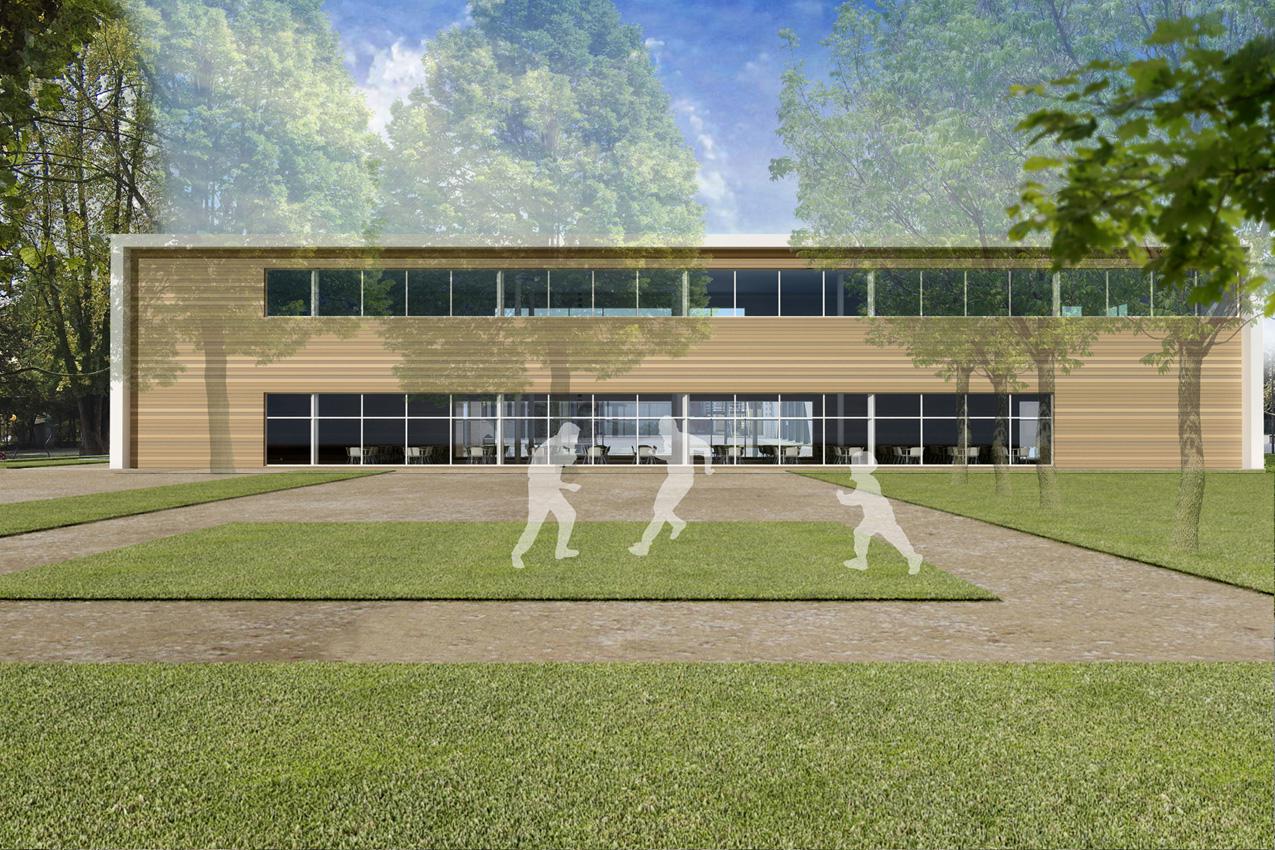 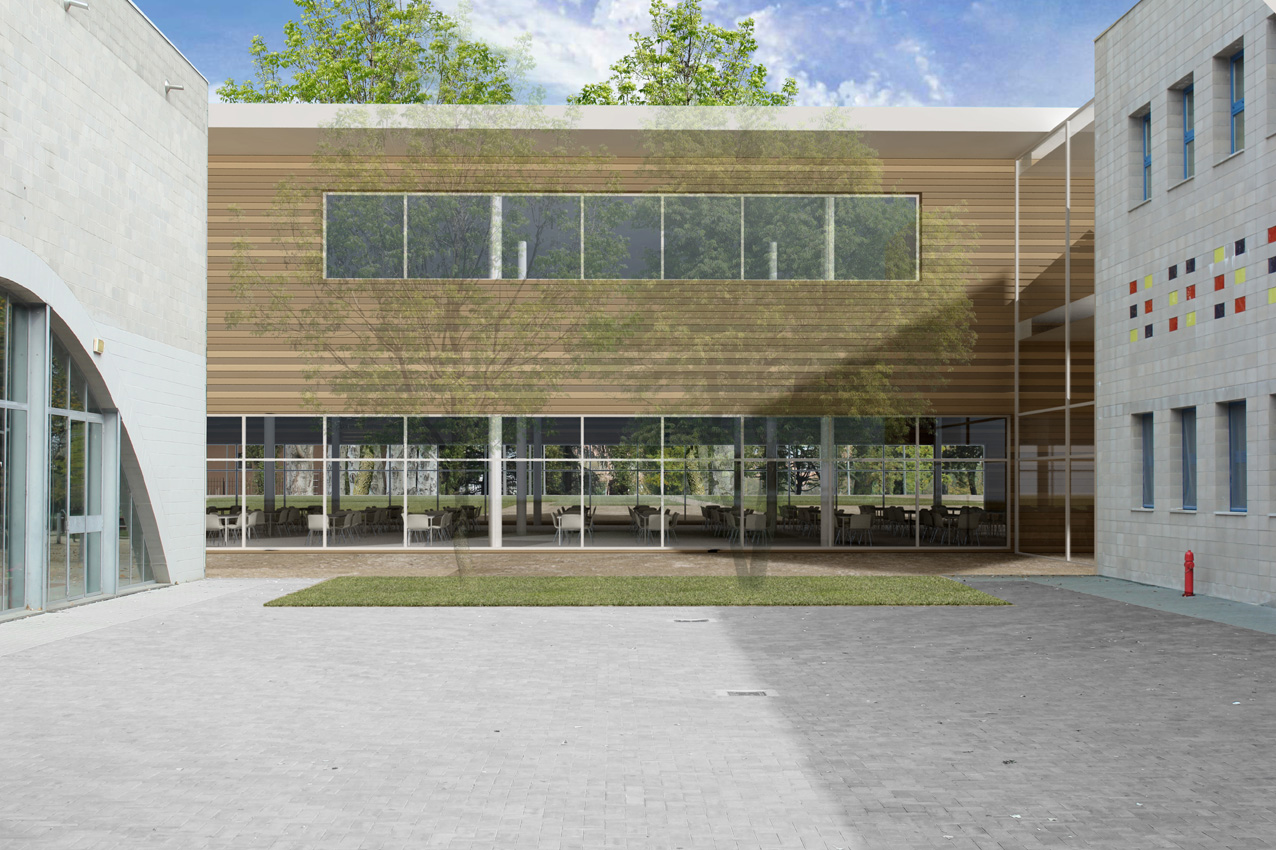