Type of intervention: extension
Functional characteristics: extension and liturgical adaptation of a building of worship of the XX-century
Area: 300 sqm

The observation of the characteristics of the place, the evaluation of the requests expressed by the parish community and by the municipal administration, led to the formulation of the expansion project with the following objectives:

With these objectives, it was decided to expand the building beyond the apse area, with the demolition of the two lateral low bodies and the apse itself.

With the demolition of the two lateral volumes, whose construction is, however, posterior to the main body of the church, it will be possible to define, in continuity with the existing volumes and internal paths, a new wall enclosure in which to place, sideways to the presbytery, two areas for the assembly of the faithful, which will thus develop according to a Latin cross scheme with the presbytery at the centre.

With this plan, the aisles of the current church resume their original function: the faithful seated in the upper central part and the distribution path in the two lower side aisles.

The new transept, which is accessed through the two lateral paths, is completed with an “open” apse space characterized by a small garden alongside which the sacristy and storage are located.

By freeing the east front from the existing fences it is possible to provide a pedestrian path tangent to the volumes of the church, this path through the old wall of the mill will lead to the public green spaces now under construction. 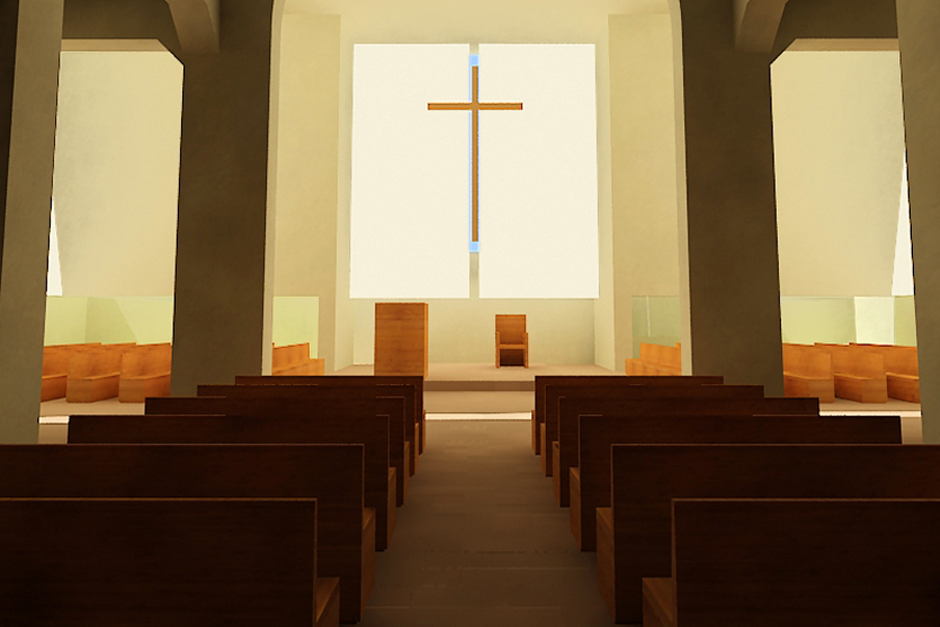 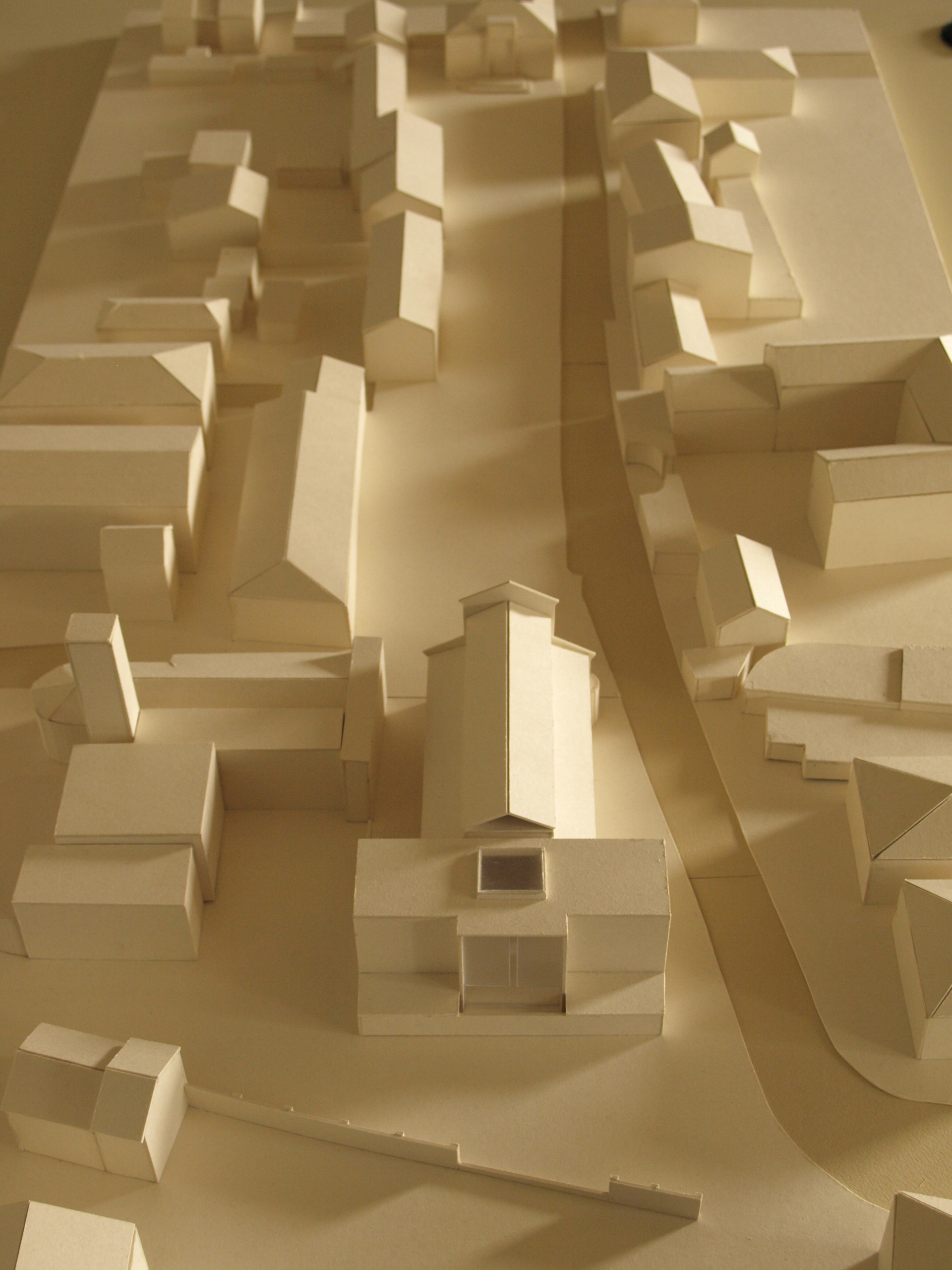 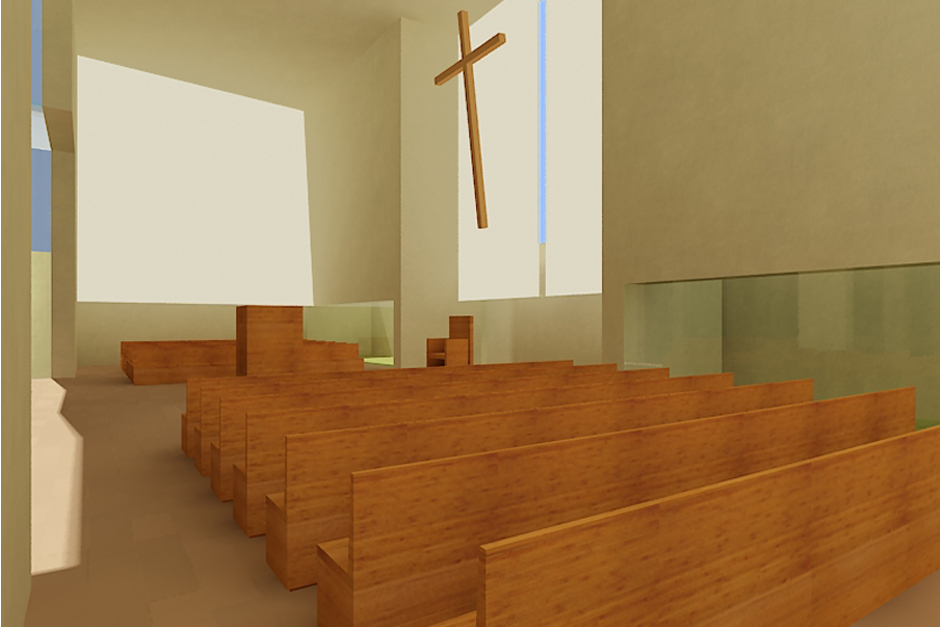 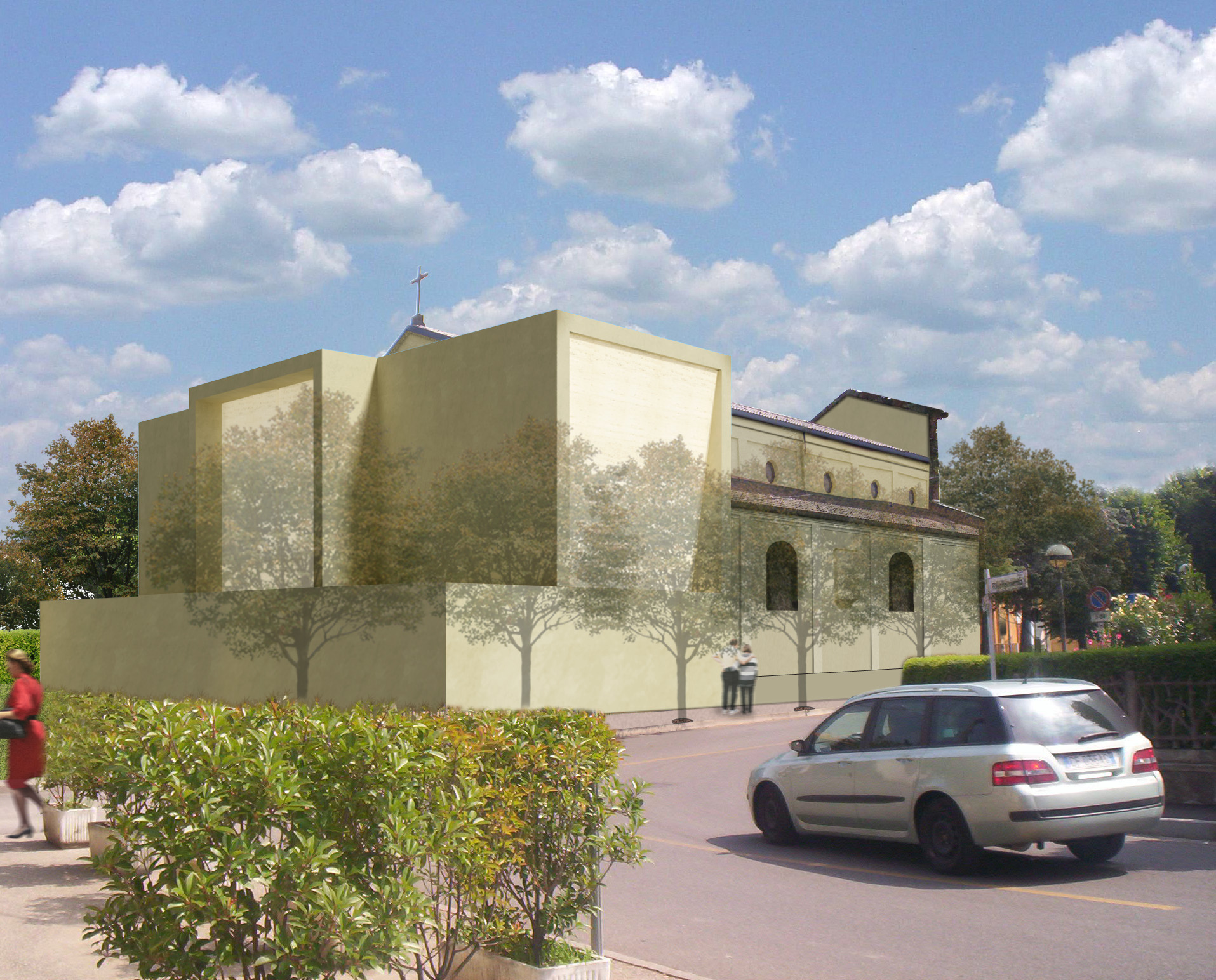