The Castrignano cemetery is located on a coast of the first Parma Apennines characterized by the presence of large coppice areas and the remains of the fortifications of a medieval castle on which there is now a 16th-century church.

Inside, the old cemetery, despite the expansions on the two shorter sides, presents itself with the characteristics of the “holy field” with the two still existing stone fence walls; furthermore, due to its altitude, it is a privileged place for observing the surrounding landscape.

The project seeks to maintain the current internal perception of the cemetery unchanged by hiding the extension behind the south fence wall.

The expansion is characterized by a series of eight volumetric elements that group eight niches each, served by a corridor whose walking surface is lowered by about one meter and sixty compared to the height of the old cemetery.

Particular attention was paid to the study of the elevation along the access road, resuming the visual alignment with the remains of the castle bastion and characterizing the facing system with an alternation of volumes and voids.

The structure of the volumes is made up of reinforced concrete partitions anchored to the rock by micropiles. The concrete is left exposed with different finishes, a stone coating found on the site characterizes the base of the volumes. 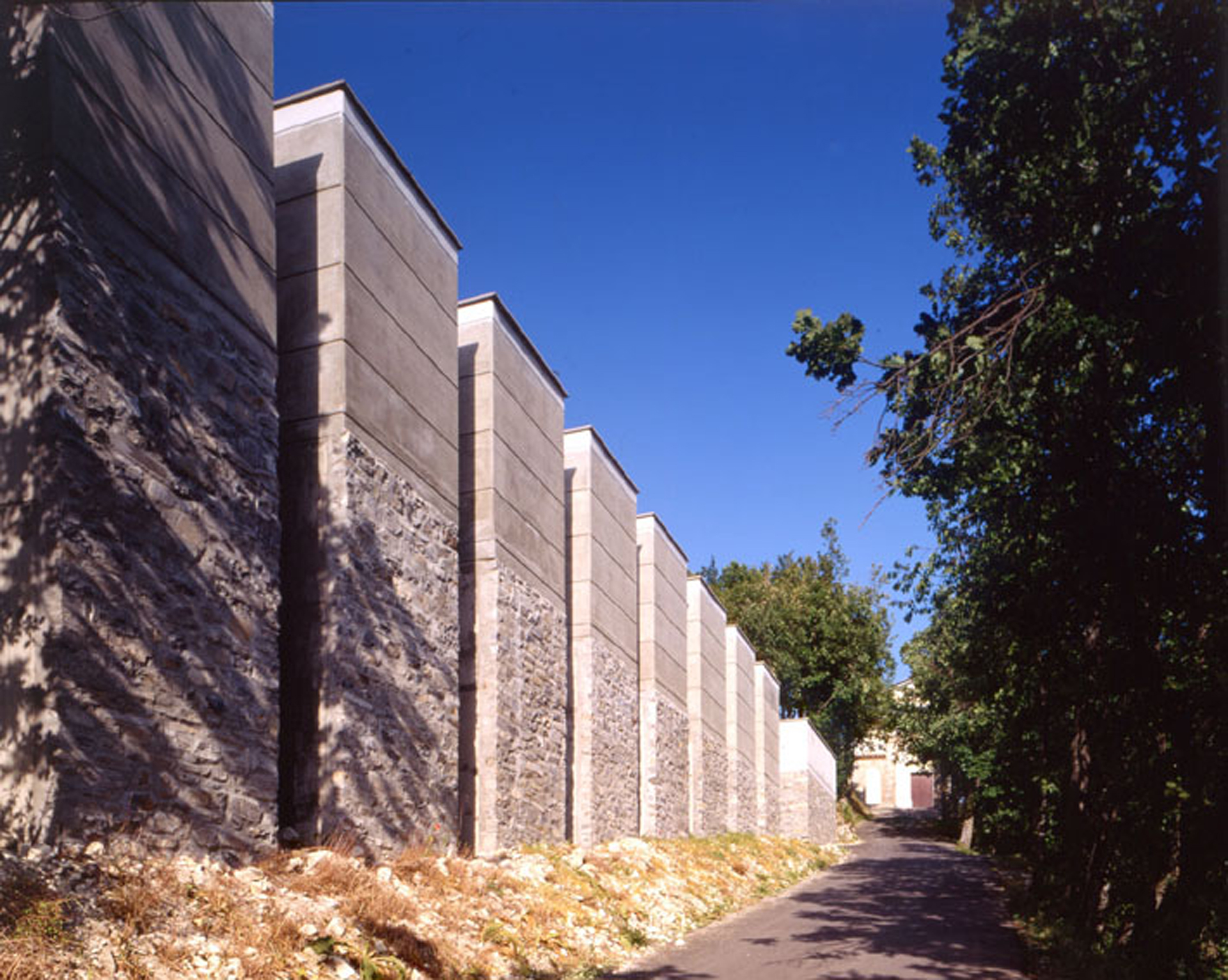 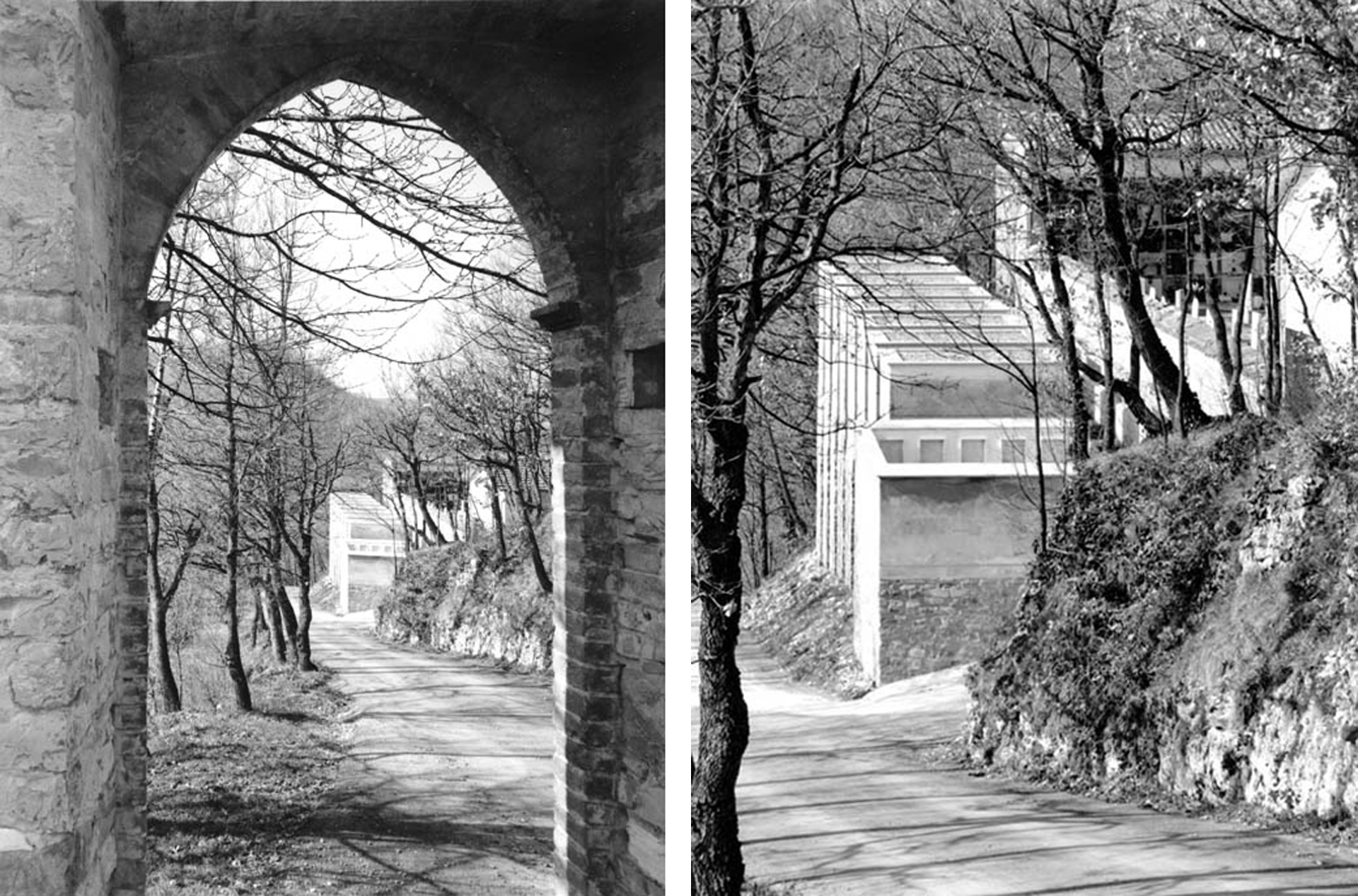 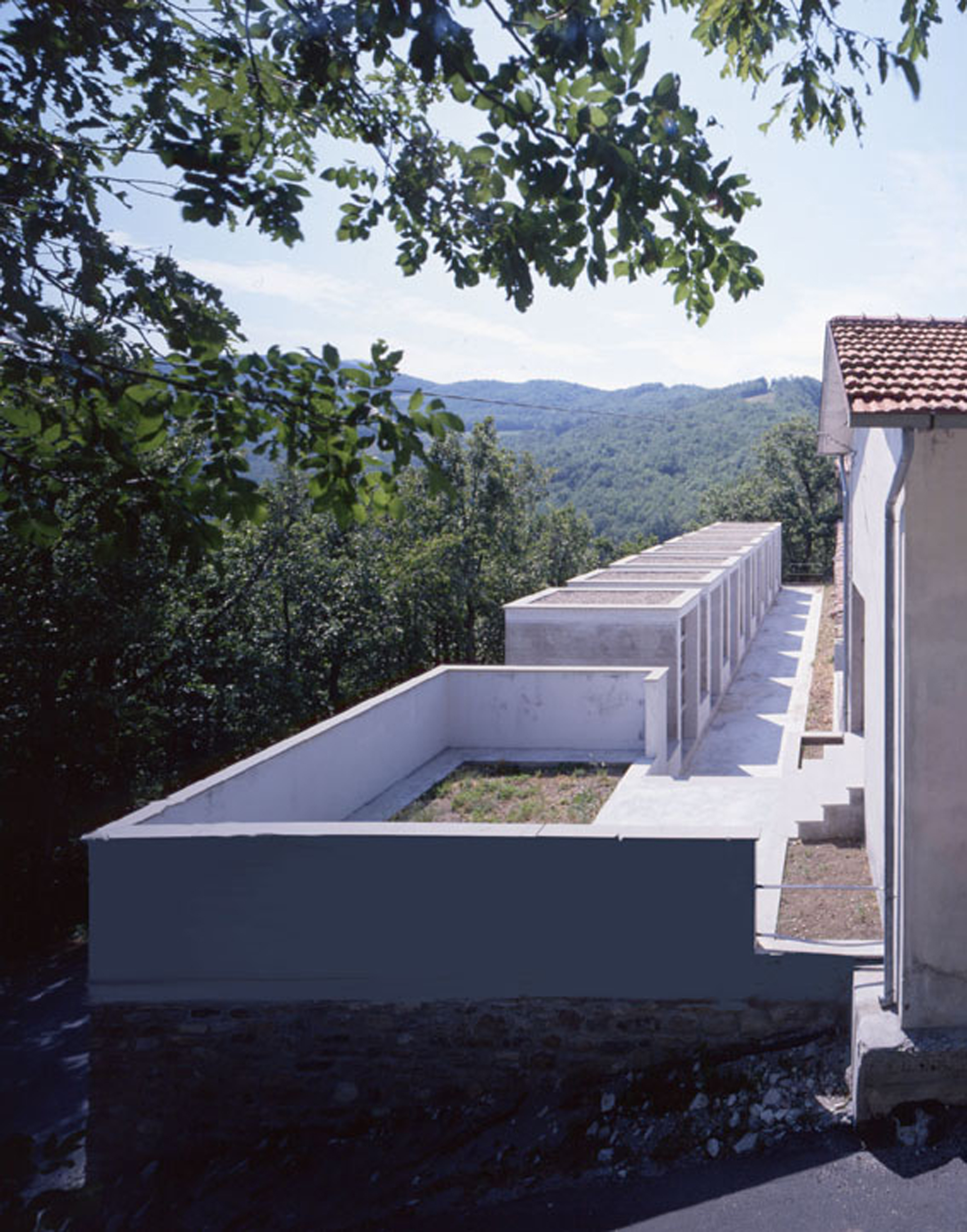 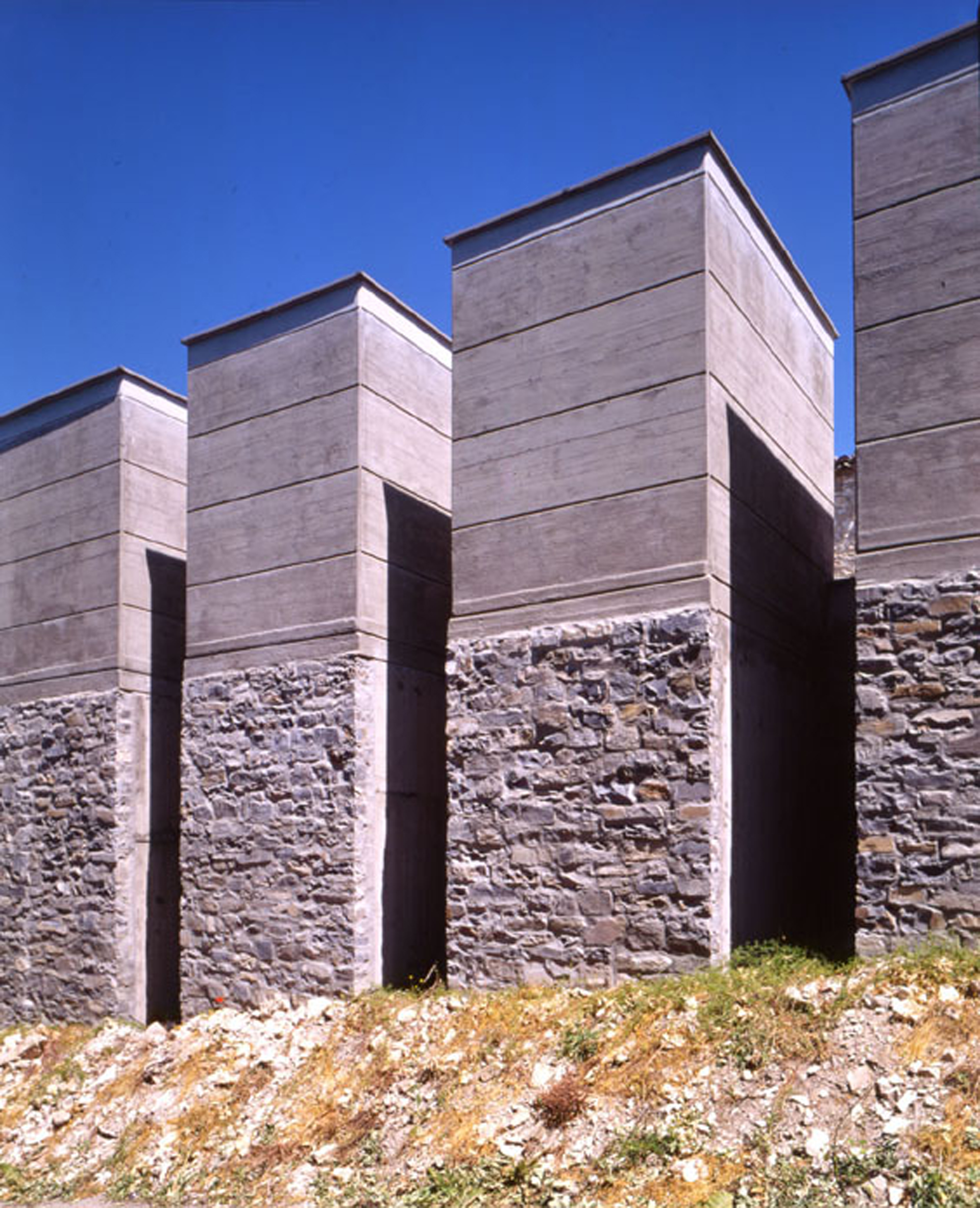